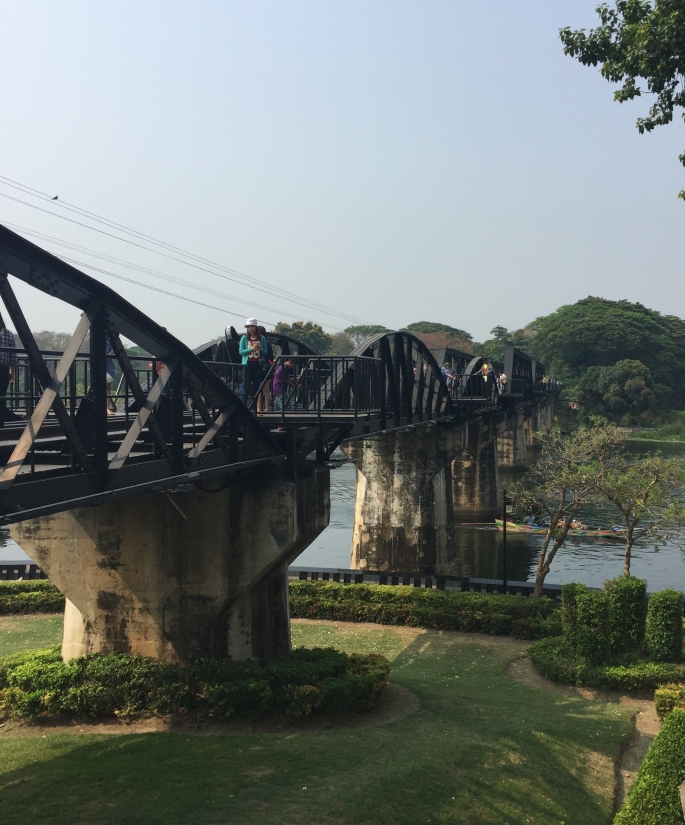 The first glimpse of the Bridge over the River Kwai takes your breath away. It’s not just the impact of its striking design, but more the significance of what it represents. Whilst this was not my first visit to Kanchanaburi on the River Kwai, it was the first time I had been with my children and it would prove to be a profound learning experience for us all.

The construction of the Death Railway during the Second World War was an extraordinary feat of engineering, seeking to create a supply route for the Japanese forces between Thailand and Burma across 415km of inhospitable jungle, broad rivers and solid rock. Yet the prisoners of war and conscripted workers who were forced to work in appalling conditions to complete the project in only 16 months, mostly using simple hand tools, faced unimaginable ill-treatment, disease and starvation and over 100,000 lost their lives.

Wherever we’ve travelled, I’ve always made a point of explaining the history and culture of our destination to my children. I truly believe that children have an incredible capacity for understanding and appreciating those things that are outside their usual experience and that the realities of the world around us shouldn’t be hidden from them.  We have had many conversations over the last few years which have really made me think about how to explain difficult subjects – such as poverty, religious practices and beliefs and political ideologies – in a way that they can understand. However, this was a tough one. How do you explain the brutality of the Japanese PoW camps, death and disease on such a vast scale and the futility of war to a modern-day 7- and 9-year old? The answer, I discovered, was with honesty.

Visiting the wonderfully informative Thailand-Burma Railway Centre Museum and the Allied War Cemetery in Kanchanaburi helped them to understand what had happened and, so far as is possible, why events unfolded in the way that they did. They were shocked by much of what they saw, but took it all in and asked surprisingly insightful questions – I was tremendously proud of them for the compassion and respect they showed. Pausing with my sons to read the inscriptions on the grave markers of the brave young men who never returned gave me an enormous sense of gratitude that we live in an age where I should never have to go through what their mothers had to endure. 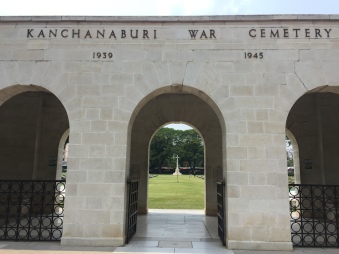 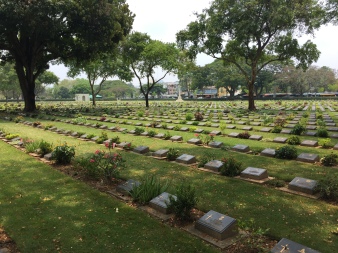 Yet the lessons we learned in Thailand were brought closer to home with the knowledge that my great uncle had spent the War fighting in the jungles of Burma alongside his brave Gurkha colleagues. The boys wanted to know more, so emailed their grandparents with a  long list of questions and we all learned something new about their great-great uncle’s story.

Our family history brought a different dimension to our trip, as the events we were learning about and trying to explain to the children were not just something from a dusty old textbook that happened to someone else, but were lived through by the kind, jolly man who I remember fondly from my own childhood. As with most of his generation, he rarely spoke of his experiences in Burma, but the letters and postcards he sent home during the War give a glimpse into the nightmarish experience that we now know so much more about. Walking through the Allied Cemetery, you couldn’t help wondering whether any of those tragic young men from the same regiment had been his friends.

The final stage of our journey was a visit to the poignant Hellfire Pass Memorial – a dignified and moving tribute to those who died building the railway, located 80km north-west of Kanchanaburi. The barbaric events that took place in this infamous cutting were depicted in the 2013 movie The Railway Man, based on Eric Lomax’s autobiography, and walking along the original rail bed through the Pass is a truly moving and sombre experience. 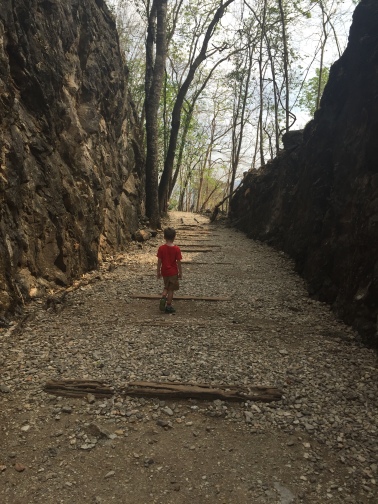 In this month of November, when we remember those who paid the ultimate sacrifice fighting for freedom and, at a time when our global politics is in a state of flux, wars still rage in parts of our beautiful planet and desperate refugees are being scattered to the four corners of the world, it seems to me to be vitally important that the lessons of history are not forgotten. Our children are eager to learn and they understand more than we think. It is our duty to teach them about the past; the future, after all, is up to them.

Oh, Phuket, the dream destination for strolls on white sandy beaches lapped by the Andaman Sea, attempting new watersports, and drifting through lazy days by the pool. That is until one of your children falls over, needs three stitches in his chin, and has to avoid water for several days. Oh.

Fortunately for the land-bound, Phuket is also the home to one of the most fantastic animal conservation projects in Thailand.

The Gibbon Rehabilitation Project, in Thalang, has been working since 1992 to rescue, rehabilitate and, where possible, release gibbons rescued from the tourist industry and illegal captivity.  The Project, which is funded entirely by donations and staffed by volunteers, also has a strong educational mission, seeking to educate local communities and tourists about the illegal trade in wildlife and the importance of environmental protection.  The volunteer staff on duty are passionate about the cause and are incredibly knowledgeable about the history and work of the project and about the resident gibbons.

The Project base itself is small but perfectly formed: a visitor centre with an abundance of information; a gift shop stocked with gorgeous gibbon themed t-shirts, crafts and gifts, many handmade locally, sold to raise funds for the Project’s work; and the main attraction – the gibbons!

The aim of the project is to rehabilitate and release the rescued gibbons and, between 2002 and 2013 they released 31 gibbons into the protected forest of the Khao Pra Theaw non-hunting area. Even better than that, 11 wild-born gibbons were born in the reintroduction site during that period.

However, there are a few individual gibbons, non-native species or those badly affected by the injuries or trauma sustained in captivity, which cannot be released. There are also a few residents which call the project home after release attempts failed when they repeatedly returned.  These long-term residents live on-site in fantastic forest enclosures, visible to visitors but kept at a sufficient distance to allow them to live as naturally as possible. This provides the visitor with the opportunity to see these beautiful animals in their natural habitat without them being exploited or harmed.

The boys instantly fell in love with one of the most vocal residents, called Gibby. A Golden-cheeked gibbon donated to the Project in 2008, Gibby was in the enclosure closest to the information centre when we visited and she provided endless entertainment with her distinctive loud singing and acrobatic demonstrations. Gibby definitely knew how to play to the crowd!  The Project shop sold locally hand-made soft toys which were too hard to resist,  and we somehow left with two life-sized Gibbys… However, as every penny goes back into the Project’s conservation work, it was well worth the small cost and the slight embarrassment at the amused looks of passers-by and airport staff on our return home! 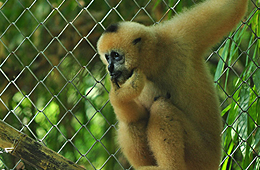 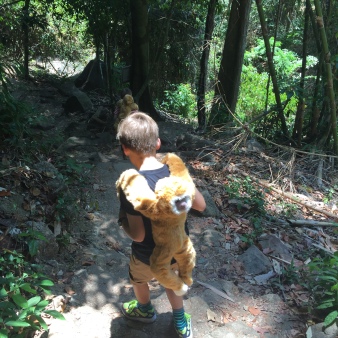 The GRP is now working on a new release site in Chiang Mai due to limitations of space at the Phuket site. Whilst it’s great news that the Project is so successful in its rescue and rehabilitation work that it requires more release sites, it’s sad that the demand for their work continues unabated, as a result of the on-going use of gibbons in the tourist industry.

If you’re looking for something to do away from the beach in Phuket, you won’t be disappointed by a visit to the Gibbon Rehabilitation Project. More information about the work of the project and their fundraising, including their gibbon adoption programme can be found at www.gibbonproject.org 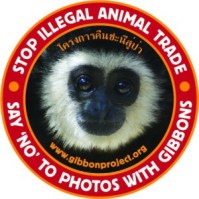